Skin Cancer: An Inside Look

Today, skin cancer is one of the most common types of cancer diagnosed in the United States, and unfortunately, it’s on the rise. Skin cancer is an abnormal growth of skin cells. It generally develops in areas that are exposed to the sun, but it can also form in places that don’t normally get sun exposure. 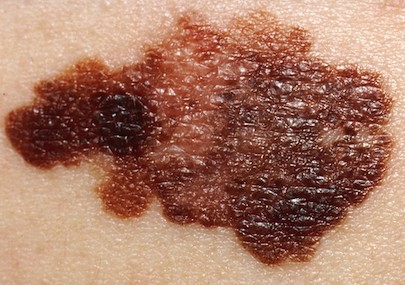 At the current time, skin cancer is considered an epidemic in the United States, accounting for 50% of all cancers. Roughly 80% of skin cancer-related deaths are due to Melanoma (discussed below).

The second category of skin cancers is melanoma. This type of cancer develops from cells that give your skin color. These cells are known as melanocytes.

So we know the 2 main types of skin masses exist, keratinocyte carcinoma and melanoma. However, several other skin lesions are considered part of a larger skin cancer umbrella. Not all of these are skin cancer, but they can become cancerous:

Generally, skin cancer symptoms may include a sore that doesn’t heal, a new spot on the skin, or a mole that is changing. When doctors suspect a skin cancer during an exam, a biopsy is needed to make the diagnosis.

Watch out for symptoms, including:

It’s important to note treatment options depend on the type and stage, with surgery to remove cancer being the most common approach. With melanomas and advanced squamous cell carcinomas, other treatments such as immunotherapy, chemotherapy, or radiation may be needed. Luckily, there are many simple things that can be done to reduce skin cancer risk.

Both types of skin cancer occur when mutations develop in the DNA of your skin cells. These mutations cause skin cells to grow uncontrollably and form a mass of cancer cells.

Squamous cell skin cancer can also develop after long-term exposure to cancer-causing chemicals. It can develop within a burn scar or ulcer, and may also be caused by some types of human papillomavirus (HPV).

Melanoma causes, on the other hand, can be unclear. Most moles don’t turn into melanomas, and researchers aren’t sure why some do. Like basal and squamous cell skin cancers, melanoma can be caused by UV rays. But melanomas can develop in parts of your body that aren’t typically exposed to sunlight.

While we don’t know exactly what causes skin cancer, though we have identified several risk factors, which include the following:

Sun exposure (especially extensive and/or unprotected)
Pale skin
Red or blonde hair
Light eyes (green or blue eyes)
Skin that rarely tans and burns easily
Family and/or personal history of skin cancer
Having one of several genetic syndromes, such as xeroderma pigmentosum
Having many moles (more than 50) or having atypical moles (nevi)
Scars from burns or previous skin infections
A weakened immune system
Use of some medical treatments and medications, such as radiation therapy for cancer and ultraviolet light for psoriasis
Frequent exposure to chemicals such as tar and vinyl chloride
Exposure to arsenic in drinking water
Smoking (increases the risk of squamous cell carcinoma)
Causes and Risk Factors of Skin Cancer

Diagnosing skin cancer begins with a careful history (paying attention to symptoms and risk factors) and a physical exam. Based on the appearance of the skin lesion, a doctor may recommend a biopsy, as it can sometimes be difficult to know whether an abnormality is cancer or not based on its visible appearance. This can be even more challenging in non-white populations.

A biopsy can be done in one of several ways, including:

Shave biopsy: The most common if a basal cell or squamous cell carcinoma is suspected), this procedure involves numbing the skin and shaving off a piece of the lesion. A punch biopsy may also be done.

Incisional biopsy: An incision is made and part of an abnormality is removed to be viewed by a pathologist.

Excisional biopsy: In this case, the entire abnormality is removed, along with an area of surrounding tissue, for a pathologist’s evaluation. This is done if a melanoma is suspected.

Advanced tests: If a skin cancer (melanoma and sometimes squamous cell carcinoma) is advanced, further tests are done to stage the disease and search for the presence of metastases. These may include a sentinel node biopsy, CT scans, a PET scan, or other tests depending on the location of the skin cancer.

The treatments for skin cancer will depend on many factors, such as the type of cancer, the size and depth, and more. Surgically removing the tumor is the most common treatment. A special surgery called Mohs surgery involves removing successive pieces of tissue and checking the margins for any evidence of cancer so that the least amount of surgery to completely remove the tumor is done. With melanomas, a large area of surrounding tissue is removed.

For more advanced tumors that have spread to lymph nodes or other regions of the body, treatments such as immunotherapy, chemotherapy, targeted therapy, and radiation therapy may be needed.

There are many things you can do to prevent skin cancer or at least reduce your risk. Being careful in the sun is important, but includes more than just wearing sunscreen; using other methods of protection (such as wearing clothing and hats, and avoiding mid-day sun) should be practiced as well. Some occupational exposures may increase risk, and gloves are recommended when working with many different chemicals and substances.

Not all skin cancers can be prevented, and early detection then becomes the goal. Self-skin checks should be considered, especially for those who have any risk factors for the disease. Some people who have significant risk factors or genetic syndromes associated with a higher risk may want to consider regular visits with their dermatologist.

Roughly a third of people will develop some type of skin cancer in their lifetime. Being aware of the warning signs of the disease and knowing your risk factors is important in finding these cancers in their earliest and most curable stages. If you have any skin changes that concern you, don’t wait—make an appointment to see your primary care doctor or dermatologist today.